Pioneer in international development, Legrand’s growth model is based on innovation, regular launches of value-added products, and targeted, acquisitions of small to medium size companies that enjoy leading positions on their markets and are complementary with the Group’s business.

The origins of Legrand go back to 1865, when a porcelain tableware workshop was set up by wood merchants Henri Barjaud de Lafond and Léonard Clidasson along Route de Lyon (now called Avenue du Maréchal de Lattre de Tassigny) in Limoges, where the Groups head office is still located today.

The factory was built on the banks of the Vienne river so that wood could easily be brought to fuel the kilns in which the porcelain was fired.

In 1897, brothers Jules and François Vultury bought the factory and operated it themselves.

In 1904 the business was bought by Frédéric Legrand, Charles Alary and Jean Joquel, to become the Legrand, alary & Joquel Company. from then on, Legrand was part of the company name

In 1911, the company name changed to Betoule Legrand & Co.

Management of the porcelain tableware factory

In 1897, brothers Jules and François Vultury bought the factory and operated it themselves.

This logo was used between 1870 and 1949 on porcelain tableware. It shows a star encompassed by two half-moons, bearing the inscription “Limoges” and “France”.

On the back of plates, this logo was often combined with the name “F. Legrand & Cie Limoges France”.

As a means of optimising kiln capacity, small insulating components for electrical wiring devices were cured and dried in the otherwise unused space between stacks of round plates. Over time the part design and curing processes became increasingly professional and ovens dedicated to producing insulation components for electrical devices were set up.

In 1938 the factory acquired the first tunnel kiln in Limoges, operating on town gas, and intended for the firing of porcelain for electrical engineering applications. It was later demolished, in 1980, when porcelain manufacture was permanently halted in Limoges.

In 1944 Legrand was taken over by two industrialists from Northern France who were also brothers-in-law, Jean Verspieren and Edouard Decoster. 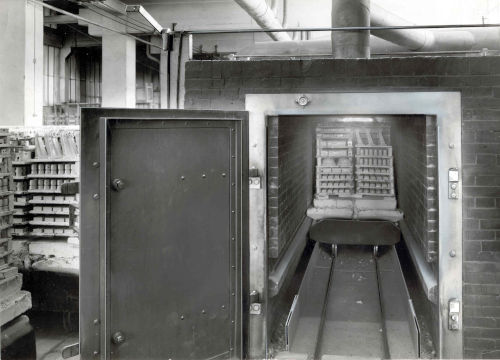 After a period of joint management with Emile Bétoule, in 1924, the company was managed solely by Frédéric Legrand and took on the name Legrand & Co. 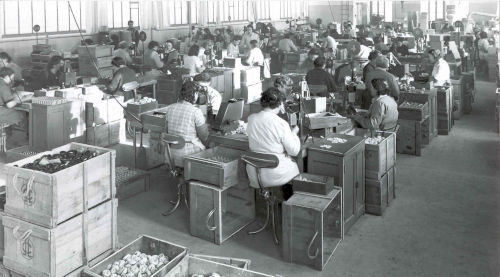 In 1944, Jean Verspieren and Edouard Decoster took over the management of Legrand.

After Jean Verspieren’s death in 1983, Edouard Decoster continued running the company until 1988.

On August 25th, 1949, a fire destroyed almost all of the workshops where porcelain tableware was manufactured, putting a stop to that line of business. 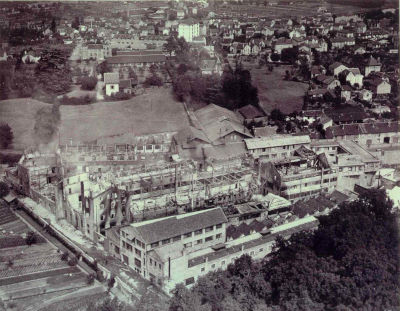 In the end of the 1950s porcelain was still the main material used in the assembly of devices. The use of plastic was gradually increasing, first with thermoset plastics, then with petroleum-based thermoplastics from 1959 onwards.

In 1966, Legrand acquired its first subsidiary outside France, in Belgium. This date marks the beginning of its policy of self-financed, carefully targeted acquisitions. 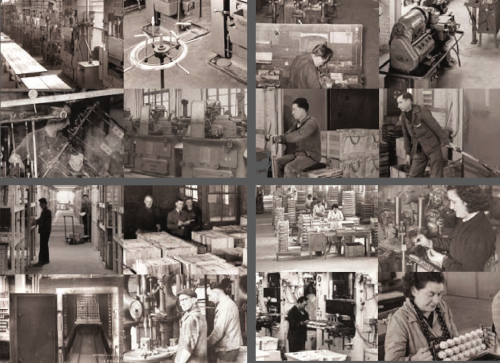 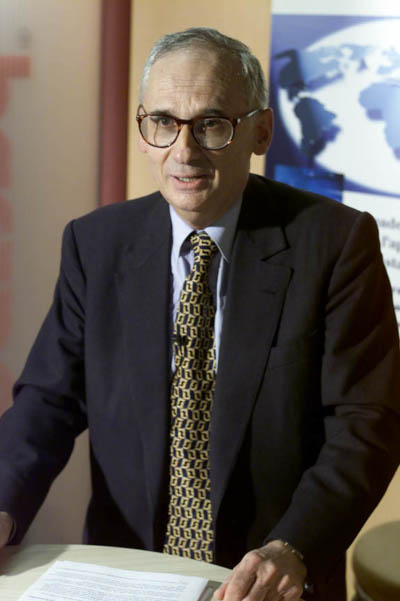 In 1988, Edouard Decoster handed the chairmanship of Legrand over to François Grappotte, a graduate of the Ecole Nationale d’Administration (ENA), who was to be Chairman and CEO until 2006.

Made up of the letters CLL, for ‘Compagnie Legrand Limoges’, this logo was used from 1925 until 1967. During this period, it was to be found on packaging, catalogues and the façade of the head office building.

From 1955 on, the “CLL” logo is used in combination with a cartoon of an electrical installer in action, whose cap bears the logo. This figure ceased to be used in 1968.

Before the creation of the version we are currently familiar with, the logo was redesigned through reassembly of the two capital ‘L’s in the “CLL” logo, placed facing each other head-to-foot in combination with two lines to represent a switch with its incoming and outgoing wires. The name “Legrand” was placed in small lettering to the right of the visual.

This logo was used for 6 years between 1968 and 1973. This logo in black was also frequently combined with the name “legrand” written in larger-scale lettering, and in several colours.

Still in use today, this logo was first used in 1974 in certain applications. It comprises the two black “L’s” facing each other head-to-foot in combination with two lines to represent a switch with its incoming and outgoing wires, as well as a red “legrand” of the small size as the square that suggests a switch.

Extended to all-purpose use as of 1976, this logo is a registered trademark to protect against counterfeit and copy. 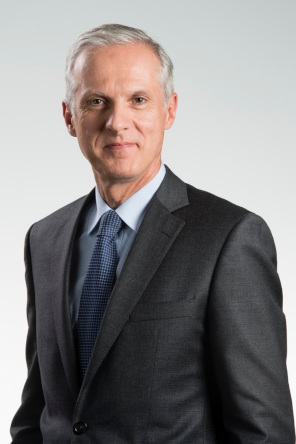 PART OF THE CAC 40 INDEX

KKR and Wendel Investissement strongly reduce their shareholdings in Legrand, which are brought down to 6% each. In December 2011, the combined effect of its share price trend, an increase in free float and the rising volume of traded shares leads to Legrand’s inclusion in the CAC 40 index. 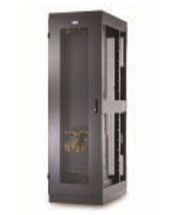 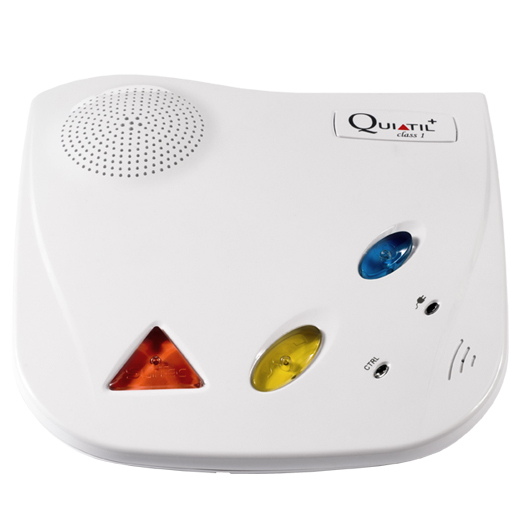 French No.1 in connected security systems 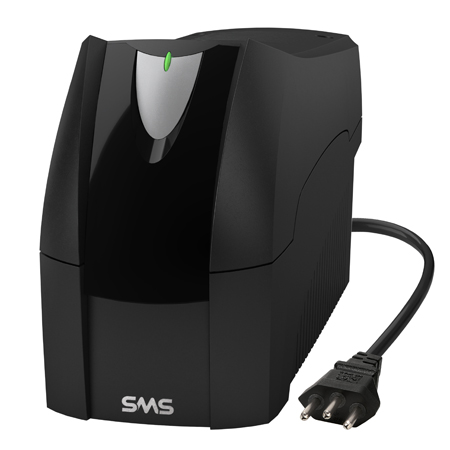 Brazilian No.1 in UPS 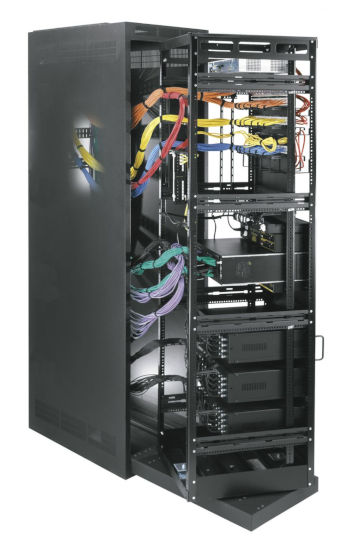 US leader in audio and video enclosures 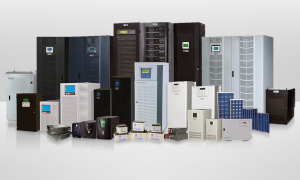 Indian No.1 in low and medium power UPS 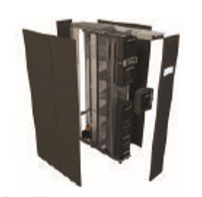 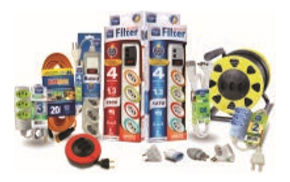 Specialist in residential multi-room audio systems in the United States 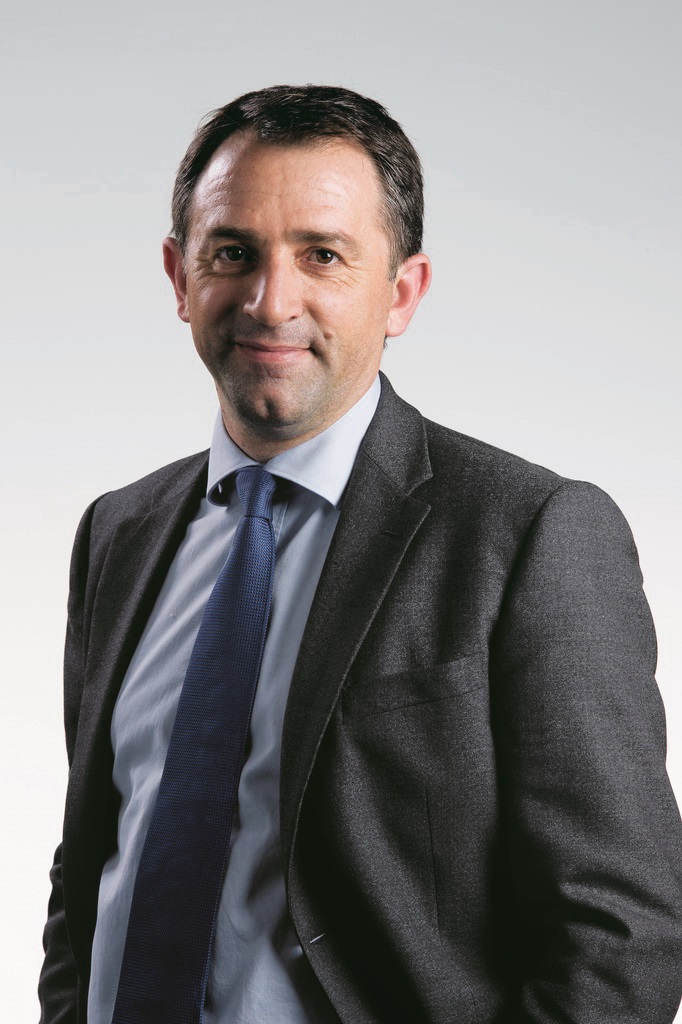 Benoît Coquart becomes the CEO of the Group in 2018. Graduate of the Institut d'Etudes Politiques de Paris (Science Po Paris) and the French business school ESSEC, he joined Legrand immediately after completing his studies in 1997 to manage the Group's activities in South Korea.

A LUSTROUS FUTURE AHEAD

In 2015, Legrand launched the Eliot program to accelerate the deployment of its Internet of Things (IoT) offering and respond to new issues related to connected building, for both individuals and professionals. With this development, Legrand now offers integrated solutions for the management of lighting, heating, energy, networks and access in the building.

2018 – Legrand announced the gradual incorporation of artificial intelligence (AI) technologies into its connected solutions and their compatibility with partner solutions. Convinced that these innovations will facilitate everyday life for both users and installers, Legrand is closely examining technologies involving voice recognition, image recognition, self-learning, and chatbot-style virtual assistants. 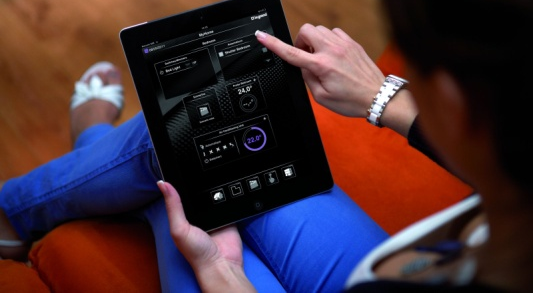 Our mission: to design, develop and market electrical and digital systems that are both simple and innovative. Systems that enhance communication, enhance safety and improve comfort in buildings.